Cassava is a woody shrub of the spurge family, which are widely cultivated in tropical and subtropical regions of the world such as in Africa, Asia, and Latin America. Every year, the world is producing around 250 million tonnes of cassava.
Different varieties of cassava are generally classified into sweet cassava and bitter cassava, they contain different forms of cyanogenic glycosides. Cassava also contains rich carbohydrates that are a staple food in the developing countries, for example, people directly boil cassava to eat or bake it into cassava cake. In medical science, cassava has a low glycemic index and is gluten-free, which is good for diabetics and useful for celiac patients respectively. In the industrial production, cassava is usually processed into cassava starch (tapioca ), snacks(chips), pellets for animal feeds.

Deterioration begins in the fresh cassava within two or three days after harvesting. Thus, cassava is usually sold as a processed product, especially dehydration formed cassava. Dehydration can prolong cassava’s preservation time and the main dried products are often in powders, chips and pellets forms. Here are major steps for different dried cassava products made by our hot air circulation drying machine. 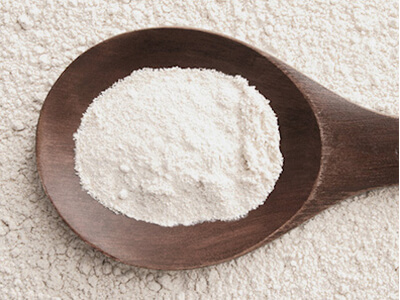 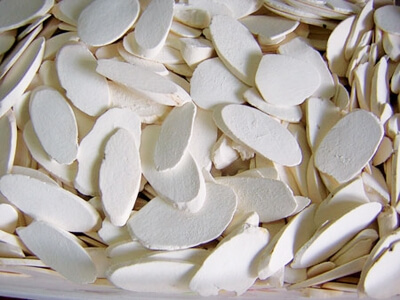 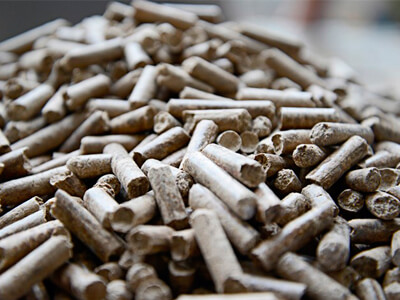 Tapioca is a starch extracted from the cassava root. The traditional production of tapioca is through manual work originating from Brazil. In the process, cassava root is ground to a pulp, then is put into a palm-woven tube and stretched the tube to squeeze out the milky liquid, this carries the poisonous substances with it out of the pulp.
However, the traditionally processed tapioca may have poisonous residual due to incomplete dehydration. Therefore, a complete mechanical drying is necessary, especially high-efficient hot air circulation drying oven for large-scale manufacture.

The fresh cassava has woody ends which may break machine’s blades, which should be chopped off with sharp knives before cleaning. Then, put the cassava in brush type washing peeler machine, cassava’s outer skin will be peeled as well as the adhering dirt, and the machine is equipped with spray jets for washing cassava.

In order to break cell walls and release the starch granules, the clean cassava should be pulped in the pulping machine. For getting more starch, you can pulp it twice.

Drying is mainly affected by temperature, airflow, humidity, and tumbling frequency. These four conditions will be talked in the following steps, each of the steps is related to the final products’ quality.
(1) Firstly, spread the pulped flour on the tray of the hot air drying oven.
(2) Secondly, set the drying temperature at 40℃-60℃, since the starch granules have been released and at temperatures of about 60℃ gelatinization of cassava starch sets in. The hot air dryer has an automatic temperature control system and customers can adjust the temperature based on facts.
(3) While drying, the fresh air is heated and is sent through the dryer by the fan so as to pick up moisture from the products being dried. The preheating is useful for reducing fresh air’s humidity, especially in the wet season in order to enhance drying potential.
(4) After a while, the cassava needs to be turned over so that the parts at the base can be dried, a frequent tumbling helps expose the products and give even drying.
(5) Finally, cassava drying aims at reducing its water content to less than 15%. The recommended water content varies from the type of final product ranging from 9% to 15%.

Dried cassava chips are also mostly used in the production of human food like snacks.
Drying by hot air dryer is a hygienic and efficient way compared with sun drying. Besides, compared with microwave drying, hot air drying is more cost-effective and suitable for small and medium drying business.

Cassava can be washed and peeled by washing peeler machine.

Next, cassava can be sliced by slicing machine in order to expose as much surface as possible to speed drying rate and reduce drying time, such as 0.5 to lcm thick is okay.

(1)Before drying, you can pretreat cassava by soaking in water at room temperature for 2 or 3 days, since experiment has proven that soaking has reduced the resistance to moisture transport and thus increased the drying rate.
(2)Then, put slices on the trays of hot air dryer, since loading density will influence the drying rate,too. Therefore, each tray should be loaded with moderate amounts of cassava slices like 6-8 kg is okay.
(3)While drying, the circulating air flows over the slices and take away the moisture. Generally, the drying time is 5-8 hours which depends on customer’s required moisture content, what’s more, as drying time increases, cassava’s moisture ratio is observed to decrease non linearly, this characteristic behavior is due to the water content present in food products. Therefore, cassava’s water content is about 60% and is suitable for drying , while potato has 79% of water.
(4)Finally, after 5 hours, the dried cassava’s water content is decreased to 15% or below. The dried cassava chips are done, they can be further packed and sold as snacks. The salt, crunch chips are popular in developing and developed countries.

Other forms such as cassava pellet is also a popular product in animal farms, which can be processed by peeling, washing, chipping and drying.
Please notice: During drying in sun for 2-3 days until their moisture content is between 13%-15%, the pellets must be turned regularly. However, a mechanical option is more efficient(the same task that involves three day’s manual labor can be completed in one day using hot air dryer) In general, 2 kg to 2.5 kg of fresh roots is required to produce 1 kg of pellets, which can be translated into a recovery rate of about 20% to 40% and the pellets could be used in feeding poultry and cattle.

During post-harvest, except directly consumption and freezing, cassava is mostly through drying for preservation and sold in global markets. African countries produce more than half of the world’s cassava, at 118 million MT. However, most African countries consume the majority of the cassava they produce as a “non-traded commodity”. Therefore, the top one exporter of dried cassava is Thailand in Asia, followed by Vietnam, Indonesia and so on. The export markets of dried cassava are primarily in Europe, North America, and Asia. Dried cassava markets generally have three varieties: human food such as cassava starch and snacks, industrial use such as industrial starch and its derivatives, animal feeds such as cassava pellets. The issues surrounding these market varieties are discussed below.

Before eating, cassava should be processed to eliminate potentially toxic ingredients.
(1) Firstly, the traditional methods to prepare cassava, which includes peeling, boiling, baking, frying, grating and drying it to extract starch. It is then added to soups and stews as a thickener, or fermented and cooked. Extracted starch can be used to make bread, crackers or pasta. In Africa, nearly 90% of the cassava is destined for human food and is processed into starch as a staple food.
(2) Secondly, cassava can be processed into snack and convenience foods, cassava snack is healthier because it absorbs less fat when frying than other starches. In the last few years, Latin America’s snack and convenience food industry such as chips has created a range of cassava products and successfully marketed them in the US, European and Japanese markets.
(3) Thirdly, in processing, cassava can be used to produce a native or modified starch. Generally, native starches are used in food thickening and texturing in the food industry, such as noodles. Native starches are more natural and its markets for baby food is potential. While modified starch is largely used in non-food industrial which will be discussed in the next paragraph.

In industry, native starch can also be processed into modified starch and used in industrial materials, which are used in various markets, such as paper industry, textile industry like clothing finishing and printing, construction materials, medicines, etc. Different from native starch, modified starches are produced by manipulating a native starch’s intrinsic physical, chemical or microbiological processes to meet users’ requirements for their specific application. For example, cassava starch would need to be modified to produce bio-degradable plastics or any application that requires properties associated with low amylase content.
In general, North-America dominates the global modified starch market and now is looking for other feasible option except corn starch, and with a growing interest of the food industry with low cost and high-performance ingredients of starch. This, coupled with technology improvements, has fueled the demand for cassava starch. Diversification within the cassava industry is inevitable in global, modified cassava starch will penetrate into the traditional cornstarch markets, and as more cassava starch firms will compete with multinational companies.
For example, in a developing country such as Brazil, the production of modified starch now constitutes 30 percent of cassava starch, which is 90000 tonnes per year. In Brazil, cassava starch competes directly with cornstarch. As data has proven that modified cassava starches have presented some properties related to cornstarch which can be substitutes of traditional cornstarch. In some markets such as paper and textile industries in Brazil, modified cassava starches have a large market share now, and corn companies lost some of their positions.

Cassava animal feed is used to feed cattle, sheep, and poultry. The feed is made from processing cassava’s roots into either pellets or chips. Producing cassava pellets is a fairly simple process that does not require large capital investment. It provides farmers and small-scale businesses with an opportunity to invest in a chipping factory to gain entry into the value-added product market.
Cassava pellets and chips are mainly produced in Thailand, Malaysia, and Nigeria. Thailand is the world second largest cassava producer after Nigeria but Thailand is the world top exporter of cassava dried (referred to cassava chips and pellets). In Thailand, there are approximately 200 pelletizing factories with a total capacity of 10 million tonnes per year, and the dried products are exported mainly to the European Union. (EU)

In the future, dried cassava still has markets.
(1)For example, in food processing, it will be more used in starch manufacture especially the improved technology of more stabilized modified starch.
(2)In animal feeding, the demand for animal pellets will be higher than chips forms since the former saves 30% of the storage space.
(3)In food industrial, dried cassava will be processed with protein-food such as soybeans for a balanced nutrition supply.